Became a pilot for the President (Airplane 3; later in Airplane 2)
Helped save the Airplane from the monster Ronald with the Players (Airplane 2)
Presumably died in a plane crash (Airplane 2: Bad Ending)
Reunites with her children and husband Doug (Airplane 4)

Teddy Bears, Her Father being saved from a fire

Her Father dying in a fire

Airplane 2 (As a government pilot/agent)

In Airplane 3, she is a minor character. In order to interact with her, you must get the Secret Ending. After you get the Teddy Bear, you must land safely, once that happens, go to a little girl who is crying. Once you give her the Teddy Bear, she will say that she is the daughter of Captain Joe. She will then reveal she her name is Keilly.Airplane 2

True to her word, Keilly becomes a government pilot, flying the flight the players are invited to in Airplane 2. Keilly first appears speaking over the intercom. She welcomes the players aboard the plane and explains the reasoning for the flight, then has them get in their seats in preparation for the upcoming turbulence. Afterward, she informs them that an Agent is waiting in the next room and leaves the intercom.Keilly is next heard of over the phone after the Fire Challenge. She asks the players to make it to the cockpit and then gets to work opening the door.

Keilly makes an appearance in the Airplane 4 Good Ending, where she is seen in a room with Skeletox in a cage, along with Jack, and The Monster/Ronald, trapped in a cage suspended from the ceiling. She is rescued along with the others after The Players defeat Skeletox, and is present on the stage when President Ronald congratulates the players. Dad then appears, and reveals that Pilot Keilly is actually the player's mother, and the family is reunited.

In Airplane 3, Keilly is rather childish, her mood between the two main endings differing greatly. During the Bad Ending/secret ending, she is seen mourning her dead father. In the good ending, she is seen as being very grateful. The secret ending cannot be activated during the good ending. In Airplane 2, while more subtle, this trait is largely retained, with no mention of her past or her father.

After the fire challenge (in Airplane 2), Keilly's persona is more serious, presumably due to her worst fears being realized, but she still talks somewhat lightheartedly, even while telling The Monster's story. 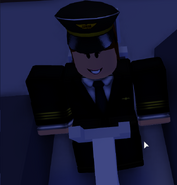 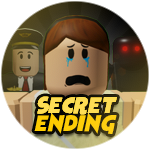 Keilly on the Secret Ending of Airplane 3 badge.