Not to be confused with the developer, Ponchokings.

Poncho's body shape and hair is that of a male bacon hair. He has gray skin with a red scar on his left cheek.

In Airplane 3, General Poncho wears a long dark yellow-green button-down jacket with four pockets and a collar over a light brown military uniform and brown pants. He also wears sunglasses and a pilot's cap that covers his hair.

In Airplane 3, General Poncho is one of the generals of Robloxia States Army. He is a side protagonist, working with the players to rescue the Passengers and Captain aboard a Hijacked Plane, as well as to apprehend Ronald, the hijacker. Once the outcome of the Endgame is determined, General Poncho will either attempt to save Ronald and Captain Joe (Good Ending) or leave with the players (Bad Ending).

In the latter case, General Poncho meets up with fellow General Alex and debriefs him on the mission, not knowing of the dead Ronald's revival.

In the former case, General Poncho has presumably died saving Captain Joe (while Ronald died of a heart attack), as said by General Alex.

However, as revealed in Cruise, Poncho actually survived the mission, and has stowed away on the Carnival Cruise inside the locked Room 100.

If a player manages to find the Green Keycard, they may unlock the room, to the surprise and horror of Poncho.

Later, during the first Endgame, after Captain Smith declares his intention of staying with the ship, Poncho enters, to the horror of the captain. Thinking something else could happen, Smith leaves, and Poncho leads the players out.

He reappears in Airplane 4 after the Baggage Conveyor Belt Challenge, introducing himself to the players. He later leads the players to the cave, where they met Ronald. Despite Ronald’s actions to defeat Skeletox, he still doesn’t trust him. After arriving in the cave, a group of infected citizens come to attack them, starting the Maze Challenge. After finishing the challenge, they found a shrine where Skeletox was summoned. They later fell into the Boss Battle arena, where they saw Ronald, Keilly, and Jack locked in cages. Ronald regrets what he had done and tells them to get out as the place is a trap. Before they escape, Skeletox appeared, starting the battle. After Skeletox is defeated they free the prisoners and come to celebrate. During the celebration General Poncho was not there. Ronald said wherever he went, Poncho is out there to save the world. 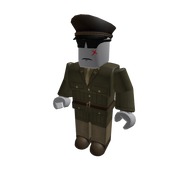 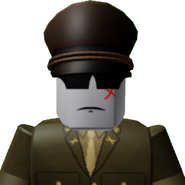 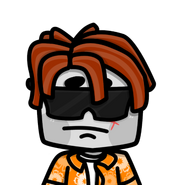 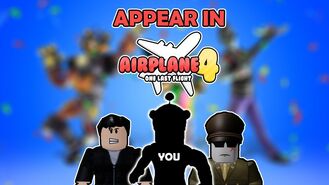 Poncho appears with Ronald and an avatar silhouette