The day I died. You were there.

During the Snake Challenge, a secret portal will appear in the back right corner of the plane. Entering the portal will lead to the Secret Ending, a black space with the Monster in the back.

The secret ending begins with The Monster introducing himself as Ronald. He says that he was once a human, and then informs the players that he had suffered a heart attack and died on a plane (more in Airplane 3 good ending). He expresses his anger that no one tried to save him, and that everyone moved on as if it didn't happen. He then decides a fair trade is a soul for a soul, and sets fire to the players in the ending. The story ends with Ronald saying “This is just the beginning” before the screen fades to black. You will then get a secret ending badge. 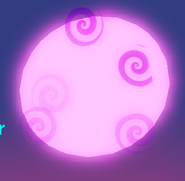